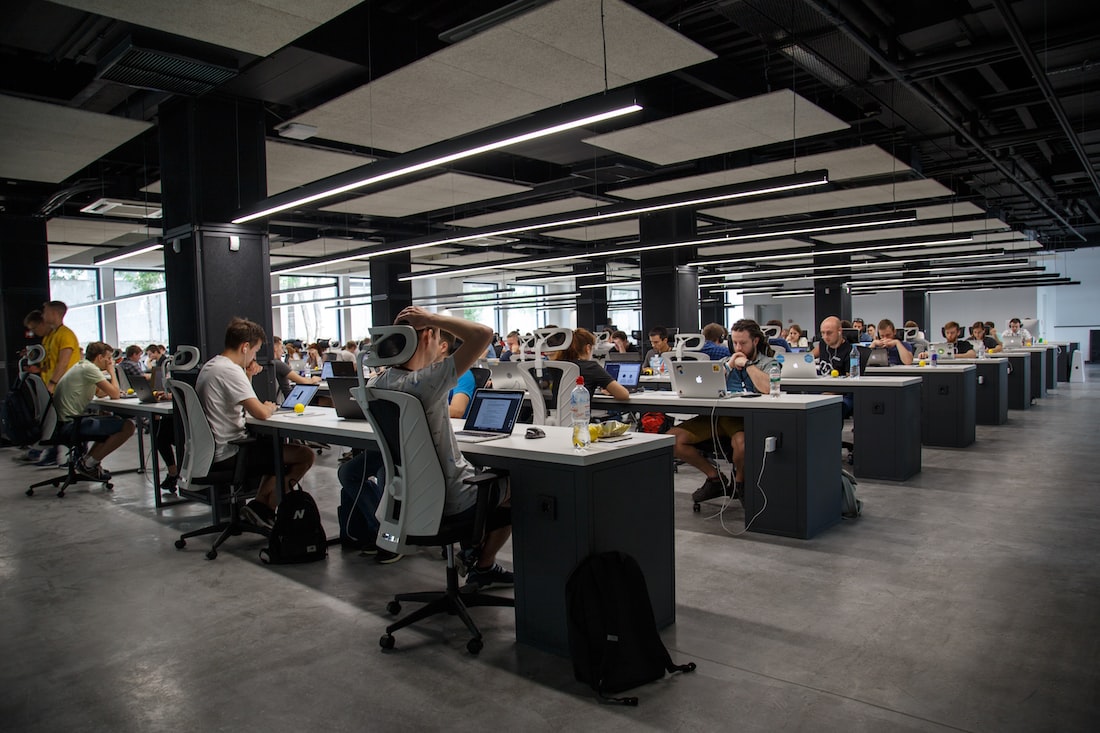 Until I joined a large company last year, I was convinced that Open Floor Plans were brilliant. Easier communication, Saving space, Team culture, ... But over the last year, I have grown to hate them with passion.

My experience of Open Offices until last year was like this :

My current experience of Open Offices is more like this :

Over the last months, I can count on one hand the amount of times I felt like I was in a productive setup where I could work efficiently. I welcome the summer and people going on vacations with utter joy.

People, especially developers, try to protect themselves in various ways depending on how creative they are. I have seen

Now, I don't deny that Open Floor plans do have some obvious advantages. But they are not the ones usually advertised:

The whole world focuses on raising the velocity of developers. Being both a manager and a developer, it pains me to not being able to provide my engineers with what they need most : a productive environment.

Here are a few things I did to attempt to alleviate the pain :

Now, are Open Offices intrinsically bad? I don't necessarily think so. But putting more than 10 people in the same room seems very unlikely to produce good results. Especially when mixing people with very diverse roles, such as product or sales members that need to communicate a lot together with engineers that need silence. A better setup in my humble opinion would be :

And if that is still not possible, could companies please at least focus on allowing remote work for their engineers? The amount of study on the subject is large enough to show the obvious benefits of this method.

In the end, I wonder if to understand this, you don't have to be a developer yourself. Why would people need complete silence after all?